An important game in the MLS Saturday fixtures as the Eastern Conference leaders Philadelphia Union faced with the Western Conference second-placed Seattle Sounders. The tough clash ended in a 0-0 draw but it was an interesting tactical battle. This tactical analysis will reveal some of the elements that led to the goalless draw. 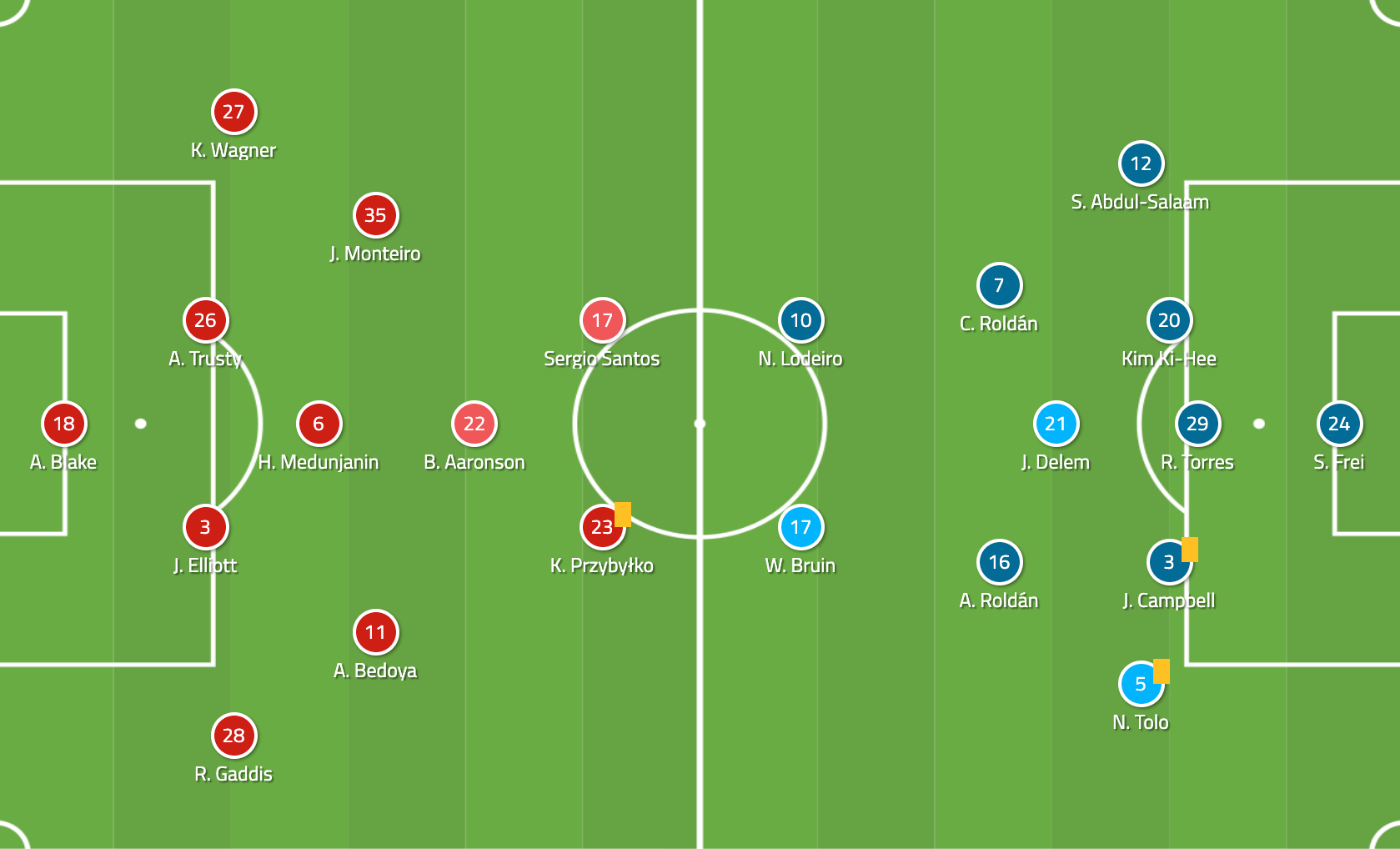 The last two times Philadelphia welcomed Seattle the guests left without points as Philadelphia won both games and, more importantly, Philadelphia are doing wonderfully in this season so far. Also, previously they won against Toronto FC thus they came to this battle with good signs.

Jim Curtin’s side lined up in the usual 4-3-1-2 structure, the only changes compared to the previous match were Aaronson got benched and Fabián played behind the strikers. In the first lane, Santos was employed instead of Picault.

Seattle Sounders are also doing great as the second in the West, they won the last two games but they had three consecutive draws previously, although one of them was against Los Angeles FC.

Thus a great battle was ahead, indeed. Seattle changed the formation and deployed a 5-3-2 system to negate the opponent’s attacking threat. This means they tried to prevent their progression while they could hold a stable backline which was capable of dealing with Philadelphia’s attackers.

For the 5-3-2 system, Torres was selected for the team in between Kee-hee and Campbell. Abdul-Salaam and Tolo moved to the wing-back position while the midfield duo of Roldan and Delem had Alex Roldan added to it. Furthermore, Lodeiro moved to the front line as a striker and Ruidíaz was replaced by Bruin.

Dallas stand as the only undefeated team in the MLS as...

How will LA Galaxy fare without Ibrahimovic as Sporting Kansas City...